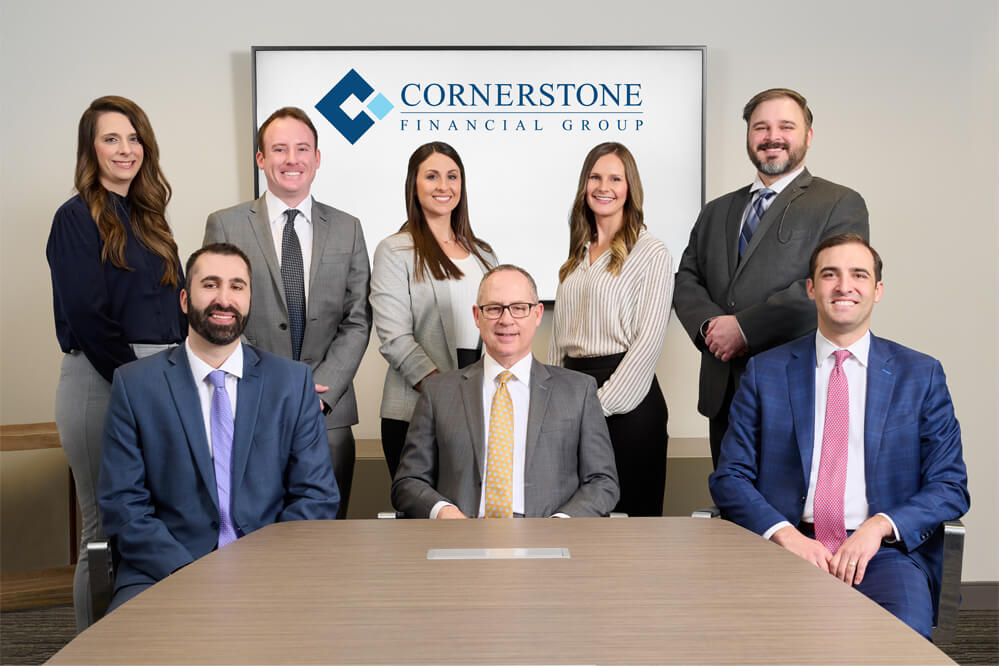 Our Cornerstone Financial Group team is dedicated to building long-term relationships with our clients. We exude a level of care and trust to ensure our clients achieve financial security. To learn more about our team, please click on the pictures below. 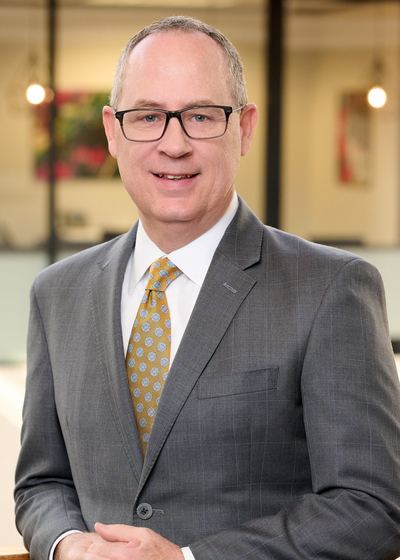 Eddie Caldwell, CLU®, ChFC®, is a Managing Director and Private Wealth Advisor, and has represented Northwestern Mutual for over 30 years. In 2005 Eddie launched a scratch district office in the Dallas area that has grown to over 30 advisors with offices in four locations. Eddie graduated from the University of Arkansas with a Bachelor of Science in Engineering, and from the University of Dallas with a Master’s of Business Administration. He specializes in all aspects of planning for the closely held business market, including business succession, executive benefit planning, retirement planning, and estate/charitable planning.

Eddie is married to Paula, and has three children, Josh, Courtney and Ryan. He is actively involved in the local community through various charitable organizations, including Bonton Farms and Team Connor Children's Cancer Research. 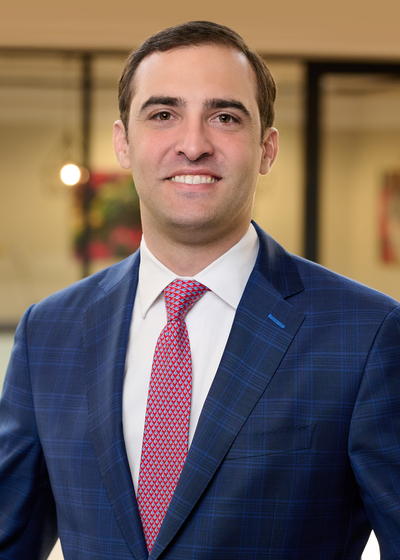 Erik Lichty is a Private Wealth Advisor with Northwestern Mutual. He graduated from the University of North Texas with a Bachelor of Business Administration degree in Finance. After college Erik spent two years as a senior trader at Fidelity Investments. He joined Northwestern Mutual in 2013. Since then, Erik has earned his CFP® (CERTIFIED FINANCIAL PLANNER™) certification. Being a CFP® practitioner, Erik serves his clients in a variety of financial areas, including retirement and estate planning strategies, business continuation and benefits planning, life insurance planning, and investment allocation strategies.

Erik is married to Sara and has two sons, Mason and Lane. He enjoys spending time with his family and playing golf when he can. Erik is an active member in his church and a proud supporter of the ministry, Honi's Coffee House. 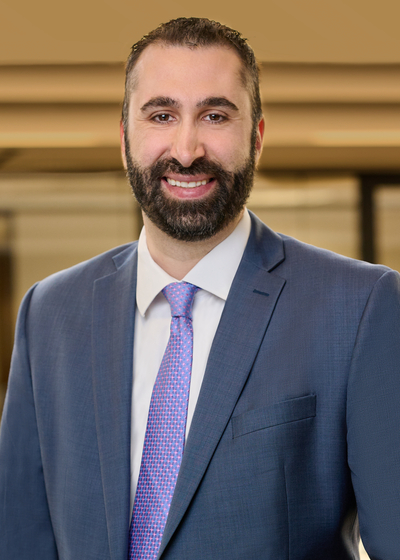 Rob French is a Financial Advisor at Northwestern Mutual. His primary focus is on Advanced Business and Estate Planning. Rob graduated from the University of North Texas with a Bachelor of Arts degree in International Studies. He also received his Master of Business Administration (MBA) and Juris Doctorate (JD) from Texas Tech University. He then went on to earn his Master of Laws (LL.M) in Taxation from the University of Houston.

Rob French lives in the North Dallas area with his wife, Holly. They have been married for almost a decade and have three children. Rob is an Captain and Attorney in the U.S. Air Force Reserve's Judge Advocate General Corp. He is also a Board of Trustee member for the Dallas Police and Fire Pension System. Prior to coming to Northwestern Mutual, Rob was a Counter Intelligence Agent in the U.S. Army with deployments to Iraq and Afghanistan. He was also a Senior Finance Analyst out of Pentagon and the U.S. Embassy in Kabul, Afghanistan. 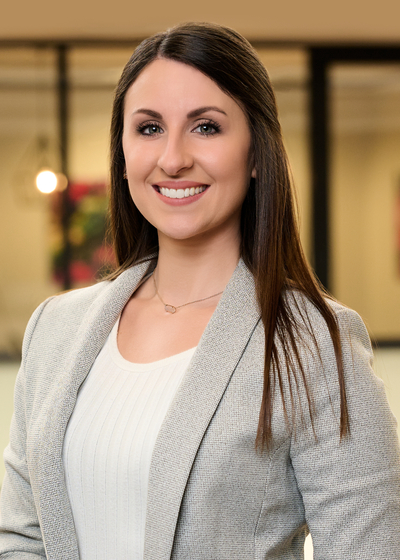 Carrie graduated from the University of North Texas with a Bachelor’s degree in Sociology. She began working for Northwestern Mutual in March of 2012 and holds her state Life and Health Insurance licenses. Carrie coordinates the team's daily operations to better assist our clients.

Outside of the office, she enjoys spending time with her husband, daughter, son, and dog. In her spare time Carrie enjoys cooking, attending sporting events, hiking, and swimming. 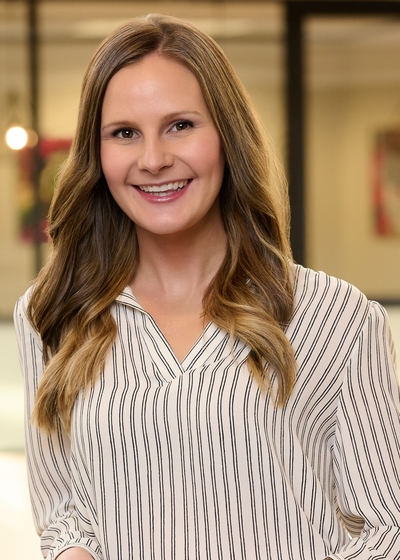 Sara graduated from Texas A&M University with a Bachelor of Science degree in Finance and earned her Master's degree in Business Administration from the University of Texas in Tyler. Sara joined Northwestern Mutual in January of 2017 with eight years of experience in Finance including personal investments, banking, and capital project management. Sara oversees the 401K operations and special projects for our office.

Outside of the office, she enjoys spending time with her husband and two sons. Sara also loves to stay active outdoors and host friends and family at her home. 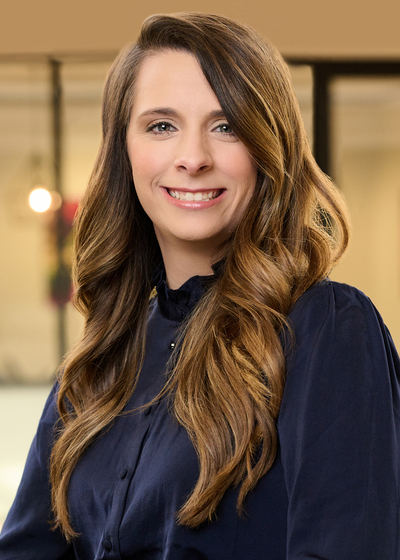 Director of Insurance and Investment Operations

Director of Insurance and Investment Operations

Anna graduated from the University of Tennessee with a Bachelor’s degree in Speech Pathology. She began working for Northwestern Mutual in January of 2020. She holds her state securities licenses and Life and Health Insurance licenses. Anna oversees the insurance and investment operations in the office.

When she’s not working, she enjoys baking, spending time with her friends and serving in her local church. 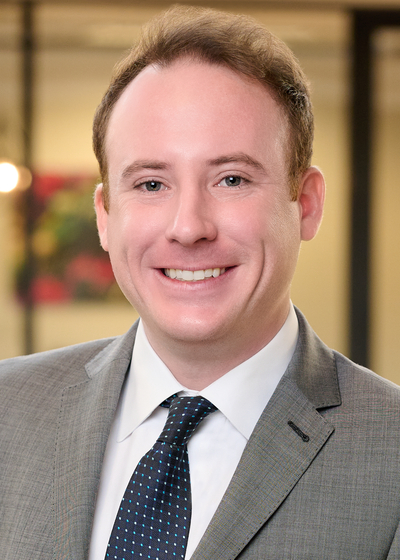 Josh graduated from Southern Methodist University with a Bachelor’s degree in Economics. He began his career at Northwestern Mutual in 2013 as an intern and officially joined Cornerstone Financial Group in 2018.

Outside of the office, he enjoys playing recreational sports, traveling, and spending time with his friends and family. 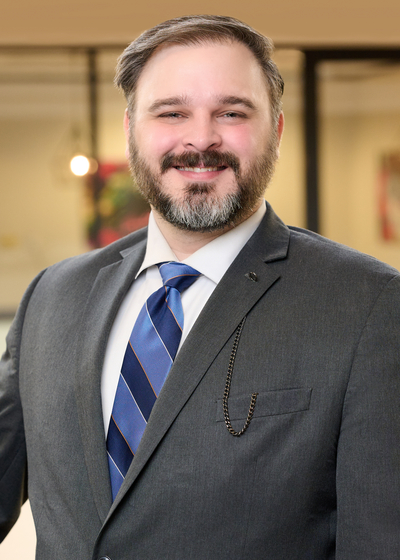 Chad is a graduate of the United States Merchant Marine Academy with a Bachelor of Science degree in Marine Engineering. He lived and worked at sea aboard merchant cargo ships until coming ashore to start a family. Chad joined the team at Northwestern Mutual in 2020 and has worked in the financial sector for four years, earning his designation as a Chartered Retirement Planning Counselor®.

Chad is a Christ-follower, husband to Christian, and father to two beautiful sets of twins. He serves on the Board of Advisors for the Lewisville Area Chamber of Commerce and is an active member of his church, volunteering across different ministries with his wife. 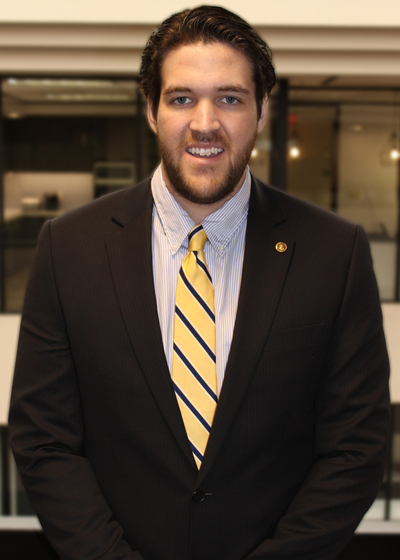 Ian graduated from the University of North Texas with a Bachelor’s degree in Finance. He began working for Northwestern Mutual in 2021. He holds his state Life and Health Insurance licenses and is currently working towards his state securities licenses.

In his spare time, Ian enjoys golfing and playing basketball and is an active volunteer at local dog shelters.